It’s a place full of history. The Bunker in Berlin-Mitte near Friedrichstrasse was built during World War II as an air-raid shelter. Later, during the time of the Cold War, the East German government stored in it exotic fruits and bananas from Cuba. Since fruits were very rare in East Germany the people called the Bunker “Banana Bunker” or “Christmas Bunker”. After the wall came down the Bunker changed into a place for Techno freaks. It became an illegal hardcore club for young ravers, with underground parties and dark rooms, which soon was the “to be place” for Techno lovers all over Germany. 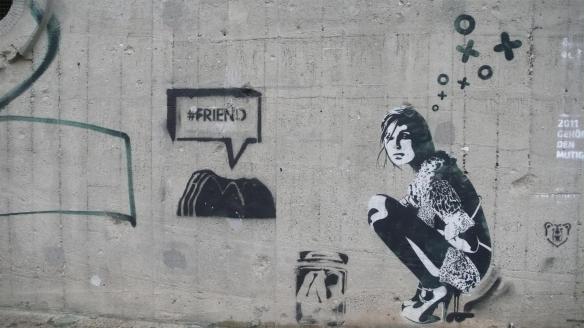 Christian and Karen Boros bought the Bunker in 2003 as an exhibition place for their private art collection. 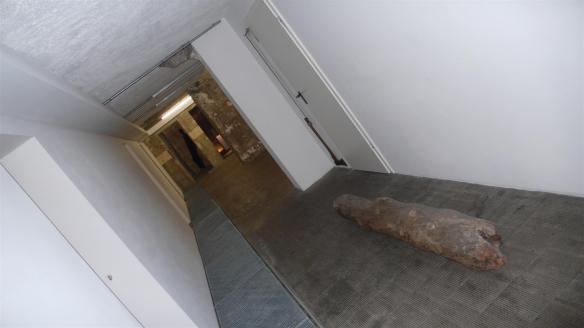 On show in the Bunker are works from the Boros Collection by diverse figures in contemporary art, including site-specific works by Klara Lidén, astronomical pictures by Thomas Ruff, photographs by Turner prize winner Wolfgang Tillmans, and a six-meter high, newly constructed tree by Ai Weiwei, composed of old, found objects. The cables in Tomás Saraceno’s installation, are strung up like a giant spider web across the space. 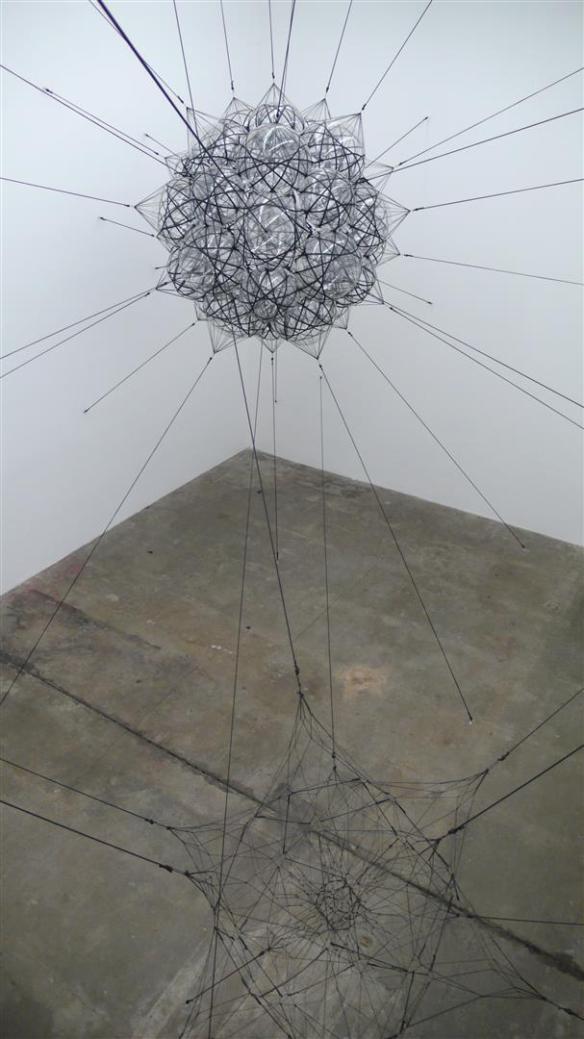 The exhibition on 3.000 square meters is characterized by the dynamic encounter between a broad array of media, such as sculpture, painting, video work, and photography. Many of the installations work with sound so that visitors are confronted with various, overlapping sounds on each of the bunker’s five floors. The artworks on display have been installed in the rooms by the artists themselves.

Using a series of microphones, Alicja Kwade records the humming of the fluorescent tubes that hang on the ground floor and projects the sound onto curved steel plates, while in another work she amplifies the sound of a clock’s ticking, making the Bunker resonate to the passage of time. Michael Sailstorfer’s works, by contrast, are taken from the context of everyday life: The rustling of the leaves of a tree, dragged along the ground, the constant hot puff of a popcorn machine and the audible abrasion of a spinning car tire on the Bunker’s wall. 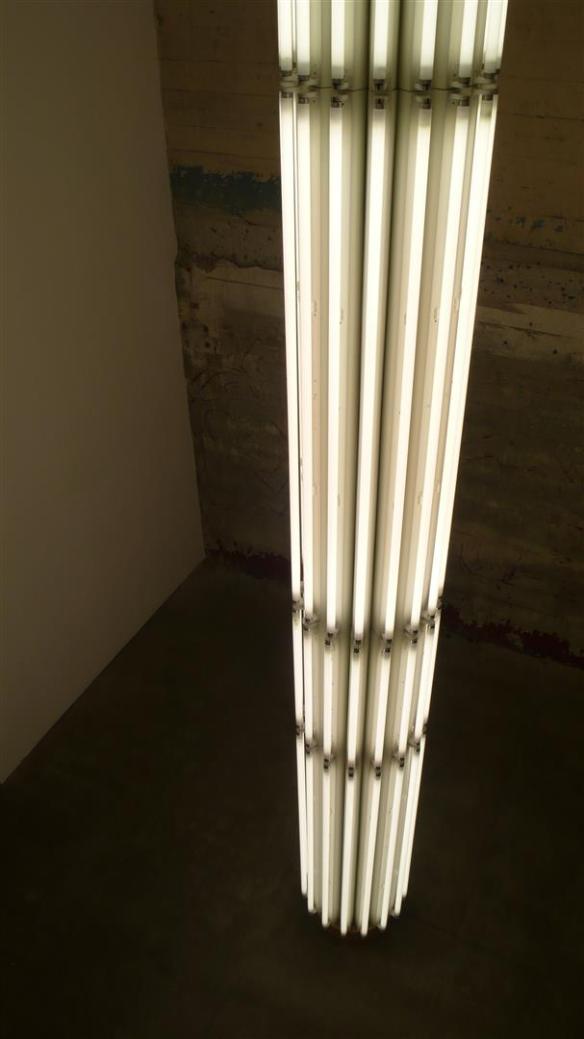 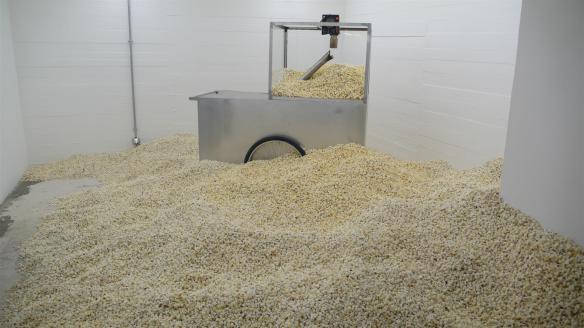 “We are delighted to see that the art that has enriched our lives is also a source of interest for others. We are glad to share with other people the experiences we’ve had with the works.”
Christian Boros 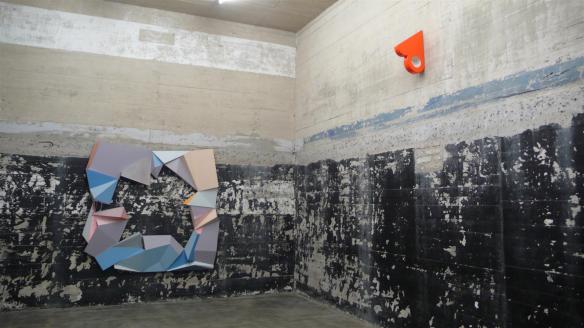 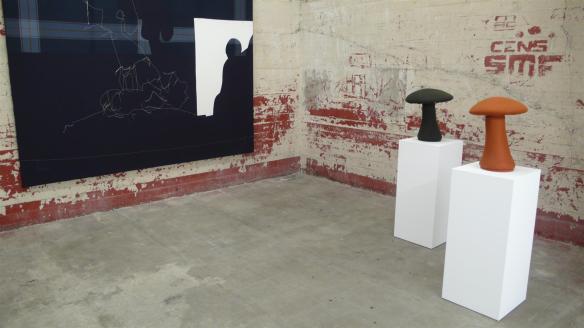 “We haven’t seen many of the works for several years. It is an exciting challenge for us to bring together the artists and their works under one roof and to spark a dialogue between the artists and between the visitors. The fact that the artists lend their support in this process means a lot to us.”
Karen Boros 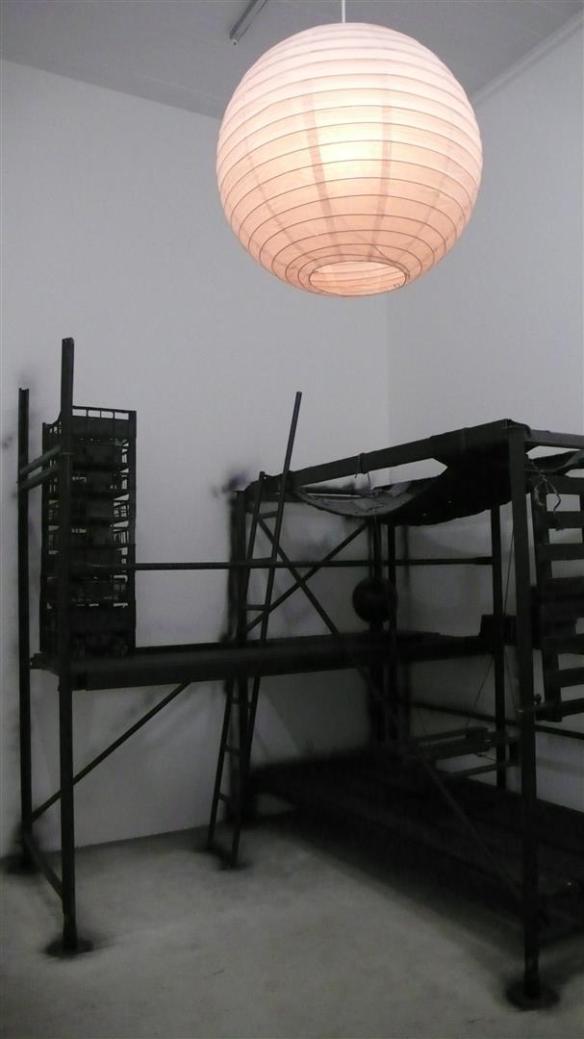 The following artists feature in the current show:

In the last four years more than 120.000 visitors came to the Bunker. All visitors were guided through the more than 80 exhibition rooms by a team of young art historians, in 7.500 separate tours. The guests have had to contend with waiting lists weeks in advance, caused by fire regulations which stipulate that all visitors be accompanied by guides, with a maximum of only twelve persons per group.

The Boros Collection will be open to visitors every Friday, Saturday, and Sunday. Visits arranged by appointment only: www.sammlung-boros.de