When in London, step away from the well-trodden tourist path and visit Bermondsey, an unassuming part of town just a short walk from London Bridge, Borough Market and the Shard. The current exhibition at the Fashion and Textile Museum is a must for all lovers of fashion and glamour, for historians, social historians and anyone interested in the development of the modern world. 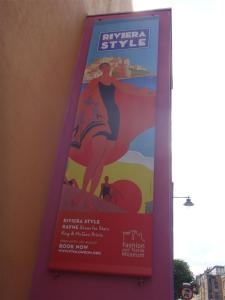 „Riviera Style – Resort and Swimwear since 1900“ celebrates ‘fashion at its most fun’ showcasing the changes in fashion since the late nineteenth century, when bathing became a recreational pastime, as well as being a social history of holidays in Europe.

The exhibits range from very modest knee-length dresses made from woven flannels worn in the early twentieth century to the speed-enhancing Stella McCartney design for the 2012 London Olympics and everything in between. The influence of the French and Italian Riviera can be seen in the British designs of the 1920s and 30s, when Butlins holiday camps and Lidos opened up across the country. Adorned by British travel posters of that era, the main room of the exhibition uses as a backdrop the famous ‘Saltdean Lido’, famous for its beautiful Art Deco design and modelled on an ocean liner of that bygone glamorous era.

Coco Chanel’s monochrome designs, inspired by Normandy fishermen, stand out as the most exquisite of designs. However my personal favourites will always be the fashion of the 1940s and 50s where the cuts and built-in support became much more sophisticated to emphasize and flatter women’s figures resulting in cute corset-cut swim-dresses and halterneck or strapless playsuits The 1960s and 70s were dominated by psychedelic prints and patterns and Emilio Pucci’s design is as recognisable to the keen fashion eye as an E-Type Jaguar is to the car enthusiast, whilst the 1980s designs had all structuring removed to enhance cleavages and high-cut legs, reflecting the Jane Fonda era of exercising and diet. 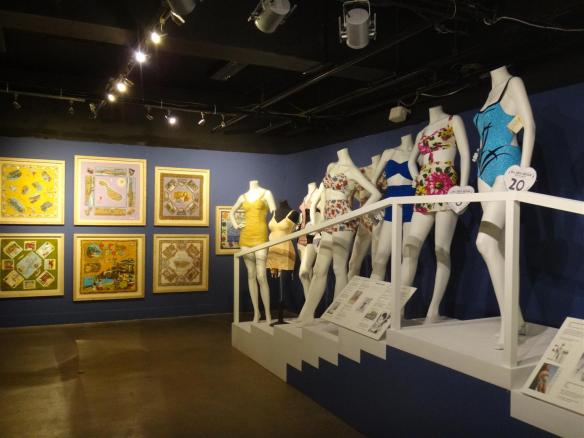 A truly fabulous exhibition, „Riviera Style“ celebrates not only fashion, but lifestyle, holidays, social convention and morality in a quirky and light-hearted way that is bound to brighten up anyone’s day. It can be visited until the 30th August 2015 at the Fashion and Textile Museum in London. 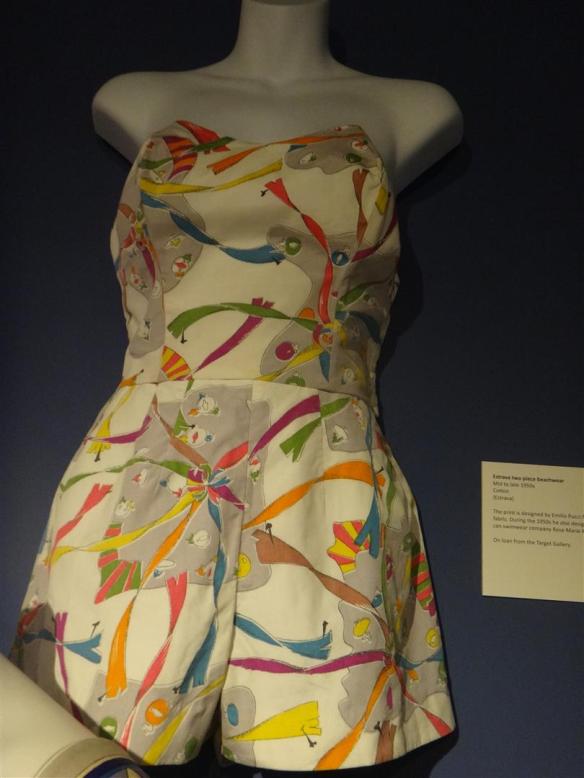