Georgia.
Caucasus.
The Nature, People and Culture.
The most powerful Experience from Travelling.

It is a Must See! Definitely! Whenever you are in Mexico City you have to visit the murals of Diego Rivera at the National Palace. At the time Rivera began painting these murals he was an internationally known artist with his works reproduced in magazines worldwide. During his painting of them, his work was interrupted several times because he left Mexico City to paint other murals in his country as well as in the United States.

The famous Mexican artist and husband of Frida Kahlo tended to glorify the Indian heritage of his country. Large public murals like these which glorified the Mexican people provided an alternate history for those who could not read it in books. The government at the time was seeking to redefine the nation and Rivera’s murals could help in creating a new national identity.

Diego Rivera began painting the staircase murals in the Palacio Nacional in May 1929 and finished these staircase murals by November of 1935. The stairway „triptych“ is sometimes compared to an epic poem comprising the legendary pre-hispanic past, a kind of prologue, then the depiction in the central panels of the Conquest up until 1930, and on the left, the present, with all its conflicts, but also with the promise of a better future. 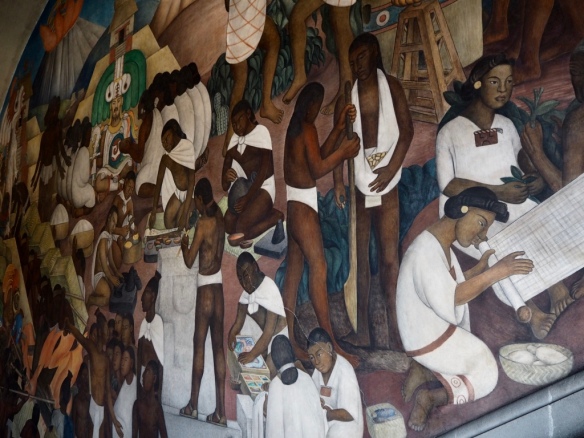 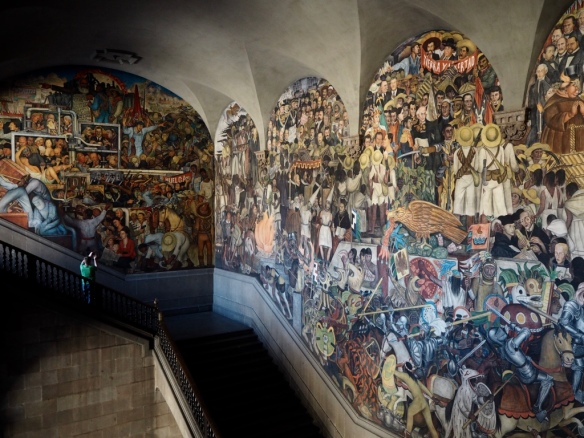 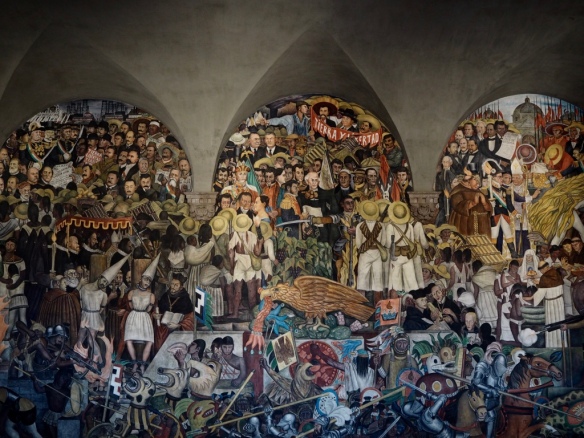 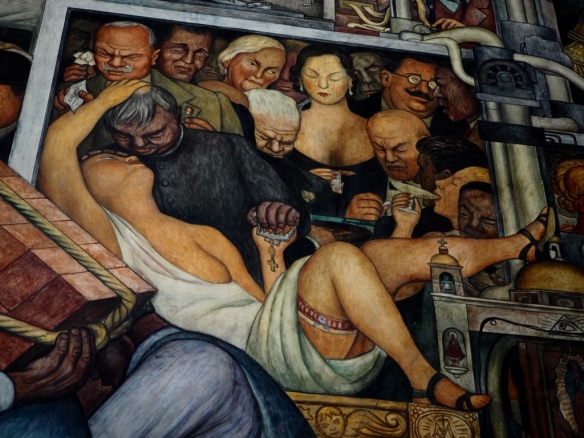 Rivera returned in the 1940’s to work on the corridor murals. This series of smaller panels was intended to go all the way round the second story, but this project was never completed and Rivera was unable to work on this project continuously.

The last mural (completed in 1951) shows the arrival of the Spanish, with satirical portraits of Cortés and the other Conquistadors. He also includes an image of La Malinche bearing the blue-eyed baby sired by Cortés. 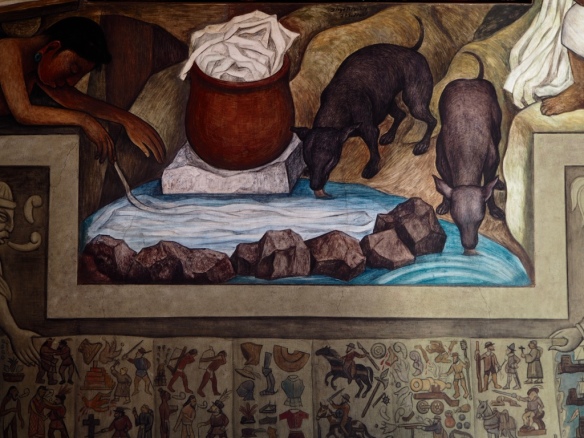 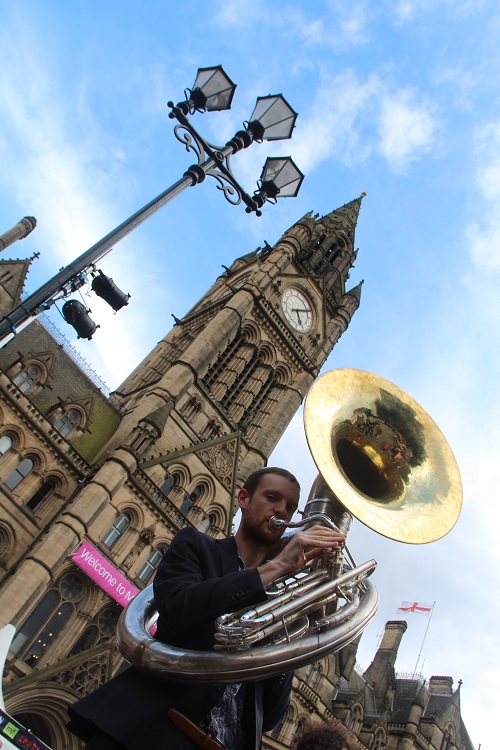 The award-winning manchester jazz festival (mjf) brings its exciting, eclectic mix of events to a variety of venues across Manchester city centre from 28 July – 6 August 2017.  Recognised for celebrating contemporary jazz through adventurous programming, each year the Irwin Mitchell mjf originals strand provides a talented regional artist with an exceptional opportunity to present new work.  This year’s commission has been awarded to pianist and composer, Andy Stamatakis-Brown, who has been a member of the Manchester jazz circuit for the past fifteen years. His innovative compositions have been performed across Europe, Australia and the USA. Currently, he leads the ‘Andy Stamatakis-Brown Trio’; plays in the hugely-popular, Manchester-based, ‘Gypsies of Bohemia’ (loved for their lively, gypsy-jazz treatments of contemporary tunes); composes and plays piano for the 10-piece ‘Manchester Jazz Collective’ and he also plays piano and synthesisers for ‘Hacienda Classical’.  His winning concept for mjf originals – entitled ‘Cottonopolis’ – will explore iconic aspects of Manchester’s colourful past; its role as the power-house of the industrial revolution, and as the happening heart-beat of the ‘Madchester’ dance music scene.

On Thursday 3 August, 8 – 10 pm – in a surprise location in Manchester (only revealed to ticket holders the day before the gig) – Andy’s ‘Cottonopolis’ will combine a 12-piece ensemble of northwest jazz musicians with the sounds of a mechanical loom and live projections, to create an aural and visual link between some of the most important social and cultural influences on Manchester’s identity. By the mid-19th century, Manchester had been dubbed ‘Cottonopolis’ and the relentless, yet rhythmical sounds of mill machinery had become the soundtrack to many peoples’ working lives.  A hundred years later, the innovators of house and techno music sought to create music that echoed factory life in Detroit and Chicago. ‘Madchester’s’ infamous party scene became a focal point for this mesmerizingly intense music from the late 1980s through the 1990s. 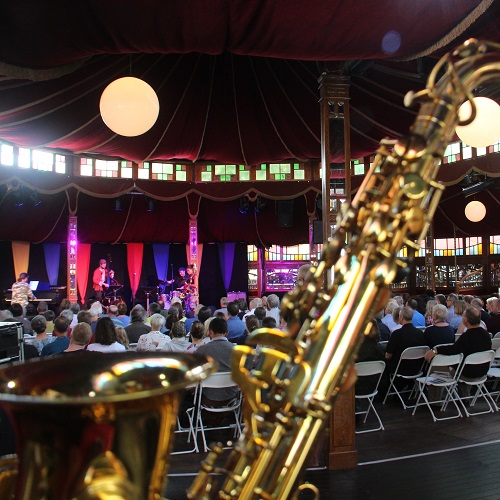 Manchester Jazz Festival’s Artistic Director, Steve Mead, said: “Cottonopolis looks set to become yet another milestone in a long line of ground-breaking new pieces that audiences can savour in this year’s festival programme. I’m especially excited about Andy’s idea to integrate a historical subject close to Manchester’s heart with creative artists from the city’s vibrant DJ and VJ cultures and – of course – a formidable line-up of musicians from the north’s inspirational jazz scene.”

For the fourth year, mjf originals is being sponsored by Irwin Mitchell.  The continuity of this support has enabled mjf to pioneer exciting, innovative new works by northern artists.  Roy Beckett, regional managing partner at Irwin Mitchell in Manchester, said: “Irwin Mitchell is once again delighted to be sponsoring the mjf originals series.  Manchester Jazz Festival continues to go from strength to strength and I think it is appropriate that this year’s Irwin Mitchell mjf originals commission, Cottonopolis, celebrates the city’s proud past.”

Tickets and information for Cottonopolis and all other manchester jazz festival gigs are available at www.manchesterjazz.com

I am in a destroyed city. Destroyed by 3 earthquakes in 2010, 2011 and 2016. There are lots of ruins, lots of wounds between houses. They are now filled with art and the brains of artists. The shops are not there anymore, but instead there are containers. Really fancy containers.

I feel almost in Utopia. The people decided to fight, for their lives, for their futures, for their well beings. I am in New Zealand, almost at the end of the world. In Christchurch. And I am too astonished to talk about this. It takes my breath away. I brought to you some pictures. Look at them and then you will understand what I mean. And I am in love with that city … 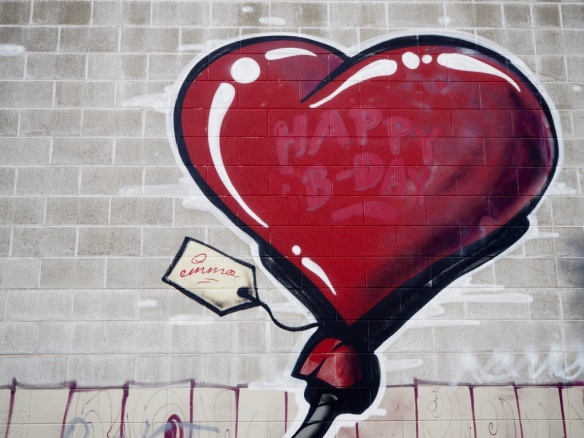 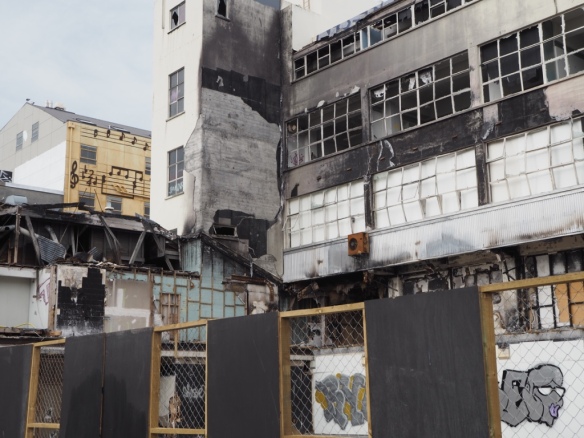 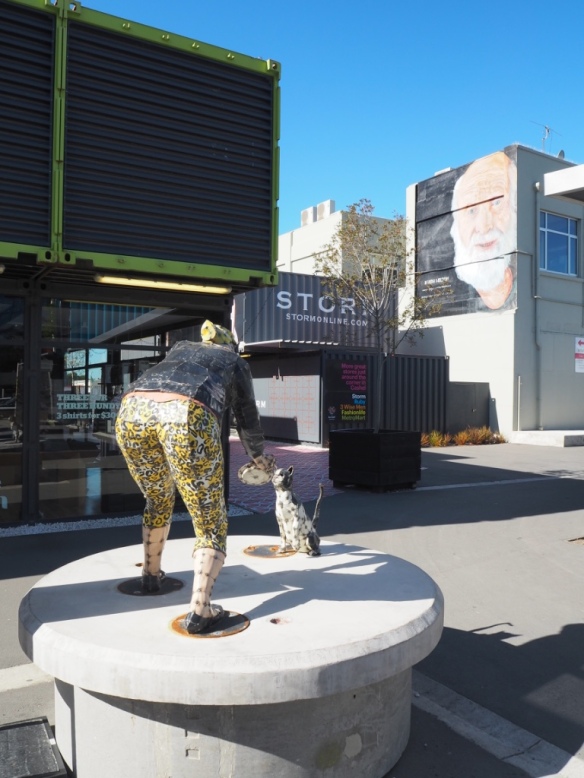 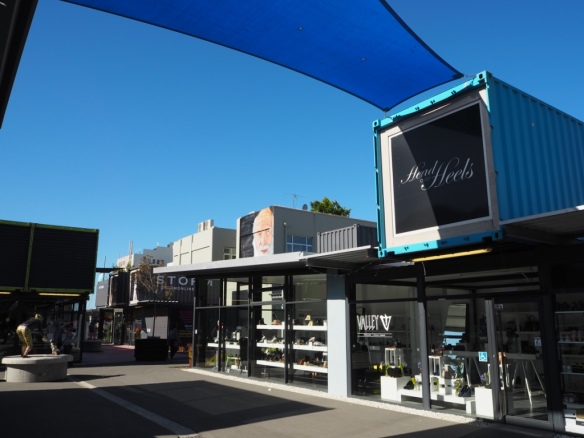 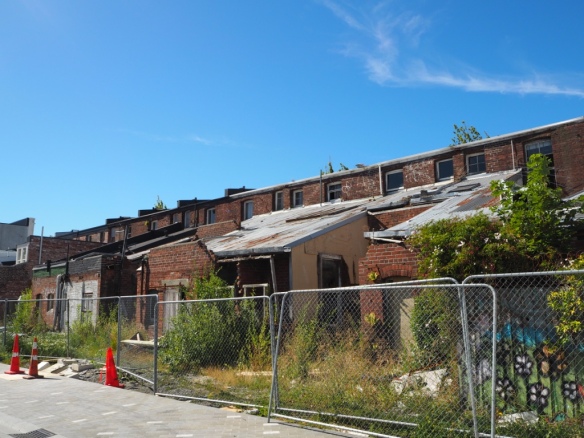 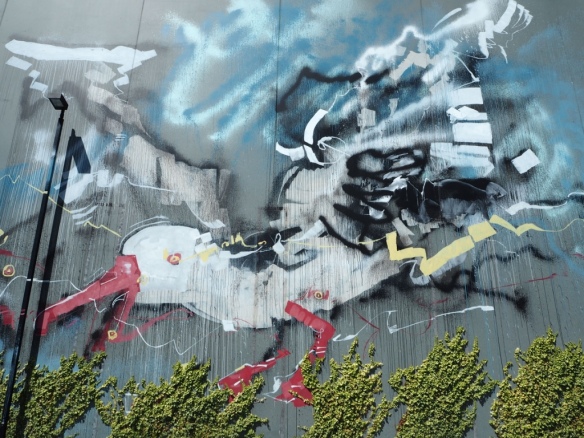 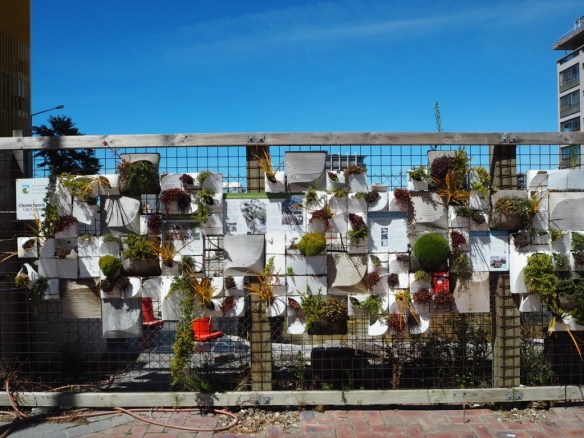 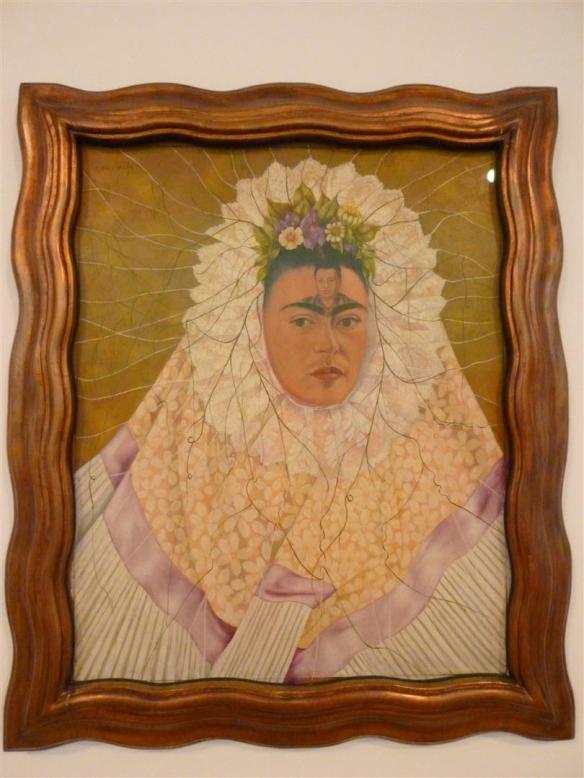 Recently I looked my photographs of Frida Kahlo’s paintings again. I took them during an exhibition a couple of years ago. I love her self-portraits and the way she used to see herself as two different people – the internal and the external Frida. And I admire how honest she was about both personalities. Her womanhood was timeless. She is one of my favourite artists. 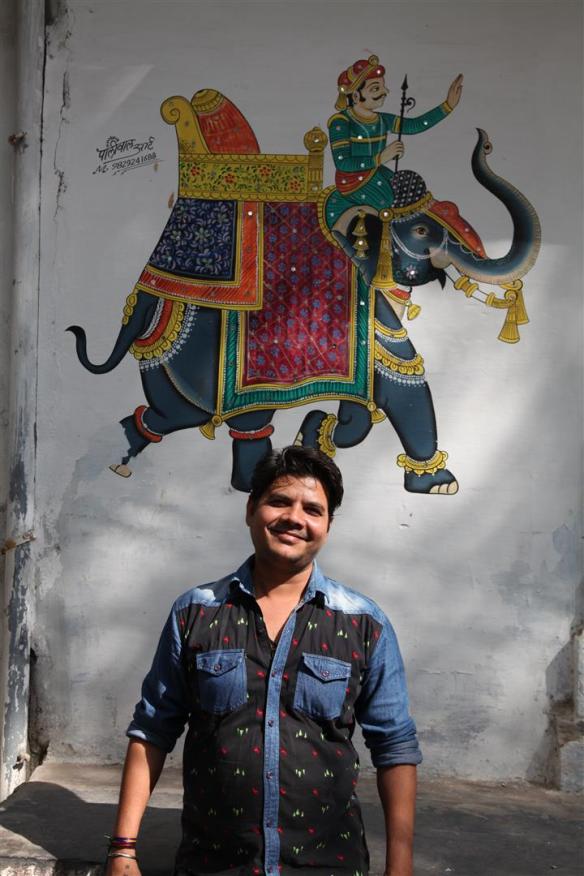 I met Dhrur Sharma, nick name „Lala“ in Udaipur. His gallery is opposite the Hotel Pichola Haveli. He shows his paintings in miniature art. The 38 years old artist paints for the last 21 years. He got inspiration from his artist family. For one painting he needs about 9 days with daily 6 hours of work. 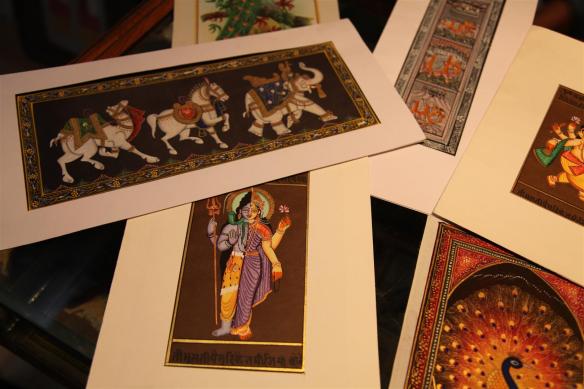